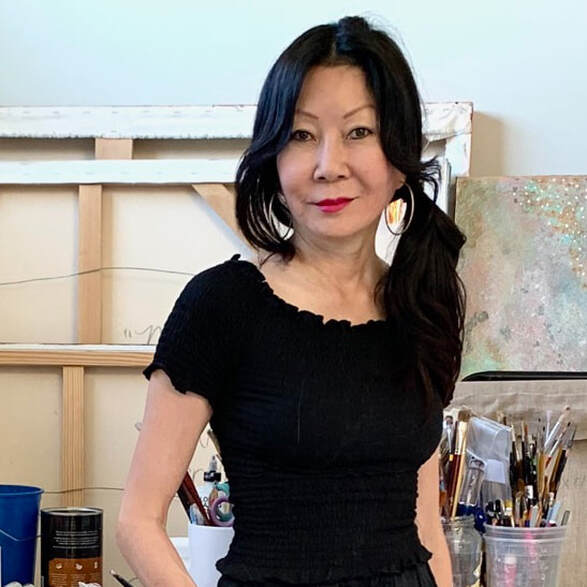 Fujii-Oka followed her ancestors footsteps in an inspirational environment of the botanical, working alongside her father growing beautiful plants and flowers. A self-taught artist, she began painting in her youth. Her career spanned decades as she was juggling family life, work, and school. In 2007, she proudly graduated with a Bachelor in Fine Arts with honors at UC Berkeley.

Her latest work focuses on the Japanese incarceration and the injustice of all people of Japanese descent. Fujii-Oka honors and brings light into the lives of her family and those who were imprisoned during WWll. She expresses her sentiment and compassion through her art by sharing personal stories and how it relates to what is happening today. Through her research and work, she expands on her spiritual process and practice of meditation, which assists her to make art that heals.

​Fujii-Oka has exhibited at Monique Goldstrom Gallery, Broom Street Gallery, and Atlantic Gallery in New York City... and the Chinese Cultural Center, SOMArts, SFWA Gallery and a residency at the DeYoung Museum in San Francisco. Her work resides in private and public collections.
​
Now residing in the San Francisco bay, she continues her artistic journey. She thrives on walks in nature, spending time with her family and grandchildren, friends, and her beloved Pekingese dog.